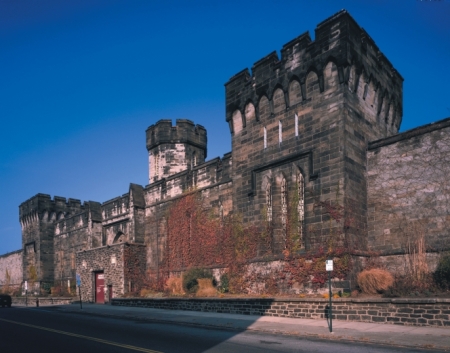 As part of their year-long focus on forensic science, the Karabots Junior Fellows have been exposed to issues related to the larger criminal justice system, of which forensics comprises a small part. This week the Fellows learned about American prisons and the complex political issue that is mass incarceration. On Saturday, May 21, they along with students from the Teva Pharmaceuticals Internship Program will be making a visit to Eastern State Penitentiary to view the historic site and its new exhibit on the impact of prisons in America.

Eastern State Penitentiary opened in 1829 as an ambitious new approach to criminal justice. The prison operated on the idea of rehabilitating inmates to inspire “penitence,” or deep regret (hence the word “penitentiary”, of which ESP was the first). While at Eastern State, they will take a tour of the building’s history, explore the cellblocks, and learn about the role prisons play in America today. 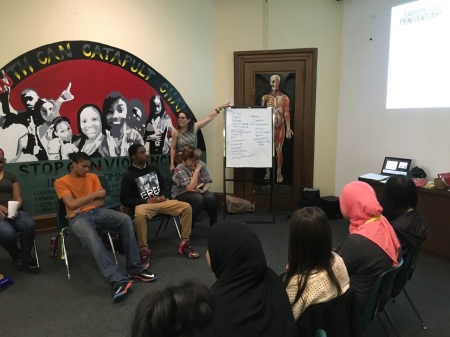 In preparation for their visit to the Penitentiary, the Karabots Junior Fellows met with Lauren Zalut, Director of Education and Tour Programs for Eastern State Penitentiary Historic Site. In keeping with the site’s focus on discussion-based programming, Lauren offered a deceptively simple question for the Fellows to ponder: “What is justice?” The Fellows went around the room, with each offering their own definition and addressing topics such as fairness, civil rights, retribution, and social injustice. 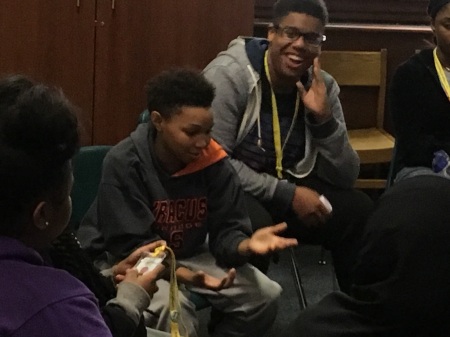 Lauren then had the Fellows divide into pairs and share with each other the first time they had ever encountered injustice. Each student then shared personal stories of their encounters with injustice, from violence, to discrimination, to racial profiling. In doing so, Lauren challenged the Fellows to consider the economic, social, political, and racial factors that have contributed to the United States having the world’s largest prison population (the US currently has roughly 2.2 million people in prison and houses roughly 25% of the world’s prisoners). Finally, she had them write on a note card one subject they hope to learn more about during their visit. We will see how many new facts about prisons and the criminal justice system they learn when they visit this weekend.