Hello, fellow historico-medico aficionados, this is Kevin for another installment of CEPI Curiosities, our monthly look back at the interesting and unusual from the annals of medical history. Today I am in the unenviable position of having to follow up our series of guest writers: students from the Karabots Junior Fellows Program who put together pieces examining the differences between venom and poison, the story of Chang and Eng Bunker, Harry Eastlack’s battle with FOP (fibrodysplasia ossificans progressiva), and Chevalier Jackson and his eclectic collection of swallowed objects. At the very least, I will do my absolute best to maintain the high standards they set.

Recently, the College of Physicians of Philadelphia’s Section on Public Health and Preventive Medicine has focused on smoking as a significant public health issue for 2016. On September 26, the College held a discussion by Alan Blum, MD, who addressed what he viewed as anti-tobacco activists’ failures to counter tobacco use. Yesterday the College hosted a Public Health Grand Rounds event on the role of tobacco retailers and advertisers and how their methods undermine smokers’ attempts to quit. Just last week, Philadelphia Mayor Jim Kenney announced plans to crack down on retailers’ exposure of tobacco products to children. In the spirit of these discussions, this edition of CEPI Curiosities is going to address a related campaign–drug addiction–and a highly publicized but very unusual attempt to warn kids about the effects of drugs. Allow me introduce you–or if you’re a child of the eighties/nineties like myself, reintroduce you–to Cartoon All Stars to the Rescue.

Allow me contextualize what you have just watched (or, again for my contemporaries, what you have possibly been repressing in the deepest recesses of your mind for the better part of a quarter century). During the 1980s, there began an active media campaign to warn American children about the dangers of drugs as part of the larger “War on Drugs,” a national campaign to combat the proliferation of drugs. These attempts took on a variety of forms. One of the the most famous spokespersons of this movement was First Lady Nancy Reagan with her “Just Say No” campaign, but there were numerous others. In the early 1980s, Los Angeles Police Department Chief Daryl Gates helped establish the Drug Abuse Resistance Education (D.A.R.E.) Program, wherein police officers visited schools to teach lessons about drugs and how to resist peer pressure. D.A.R.E. eventually expanded to schools nationwide. Beginning in 1989, arcade enthusiasts discovered coin-operated video games bore a title card from William S. Sessions, then head of the Federal Bureau of Investigation, informing players “Winners Don’t Use Drugs.” Television shows devoted “very special episodes” to the issue of drugs; one of the more famous (or infamous depending on your point of view) was the November 3, 1990, Saved by the Bell episode “Jessie’s Song,” in which the character Jessie Spanno grapples with an addiction to caffeine pills (the show followed with another anti-drug episode a year later with the November 30, 1991, anti-marijuana PSA “No Hope with Dope“). PSAs addressed the effects of drugs including the now-iconic “This is Your Brain on Drugs” and Paul Reubens’ (TV’s Pee-wee Herman of Pee-wee’s Playhouse and several films) segment on crack cocaine. 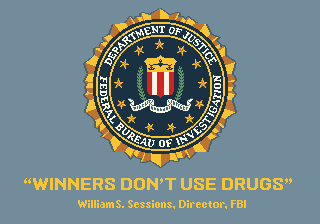 However, nothing out of the anti-drug youth media campaign was quite as epic in scale as Cartoon All Stars to the Rescue. When it first aired on April 21, 1990, the half-hour special was a television event; it ran simultaneously on all four major television networks–ABC, NBC, CBS, and FOX–as well as on several cable channels. The show was a veritable “Who’s Who” of popular Saturday morning cartoon characters, including Michelangelo from the Teenage Mutant Ninja Turtles, Alvin and the Chipmunks, Winnie the Pooh, Garfield, the ghost Slimer from Slimer and the Real Ghostbusters, the animated version of ALF (yes, ALF had his own animated series because pretty much every licensed property got one in the 80s and early 90s), the Muppet Babies, and the Loony Tunes. The special opened with a message from then-President George H.W. Bush and First Lady Barbara Bush informing youngsters of the hazards of narcotics before segueing into the feature presentation: a morality play about the effects of drugs. 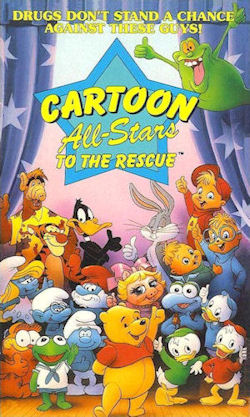 VHS cover for “Cartoon All Stars to the Rescue” Source: IMDB

The story follows Michael, a teenager who is addicted to marijuana who even resorts to raiding his little sister’s piggy bank to fuel his habit. Along the way, he also falls into a rough crowd who attempt to pressure him into harder drugs such as crack cocaine. His addiction prompts characters in several toys and posters in his sister’s room to come to life to halt his behavior. What follows is effectively a thirty-minute “tough love” intervention wherein the various characters show him the effects of drugs on his brain (via a psychedelic roller coaster ride with the baby versions of Kermit the Frog and Miss Piggy) and his drug-addled future as effectively a desiccated, sunken-eyed husk. In between these segments characters take turns expressing the sentiment of anti-drug slogans at the time (“There’s nothing cool about a fool on drugs,” Kermit intones; “Why don’t you just say no,” Huey from Ducktales offers). All the while “Mr. Smoke,” a aptly-named sentient smoke cloud voiced by none other than George C. Scott, attempts to keep him on his current drug-induced path. Eventually Michael comes around and swears off drugs, and Mr. Smoke is defeated by being cast out a window. The characters’ task completed, they return to the various licensed products from whence they came. 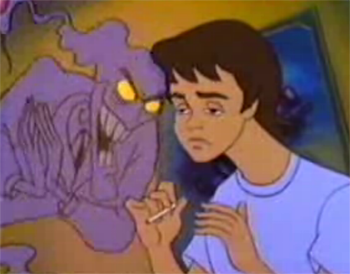 Michael and “Mr. Smoke” from Cartoon All Stars to the Rescue, Image Source: Tumblr

Many of these anti-drug attempts of the time, Cartoon All-Stars to the Rescue included, were equal parts well-intentioned and ineffectual. Despite once having a presence in nearly 75% of America’s schools, there is little evidence to suggest the D.A.R.E. Program had any effect on children’s choice to abstain from drugs (in fact some have argued it had the opposite effect). There’s no data to suggest any correlation between a person’s drug use (or lack thereof) and exposure to Former FBI Director William Sessions’ slogan on arcade games. Moreover, Cartoon All-Stars and other anti-drug messages’ viewpoint of drug addiction as a personal failing (“Users are losers and losers are users” went one McGruff the Crime Dog PSA; another declared “No one says, ‘I want to be a junkie when I grow up‘”) has given way to the view of drug addiction as a disease, with the addict as a victim in need of sympathy and care. The message of marijuana as a “gateway drug” has also been largely disproven by scientists. In the light of current approaches to drug treatment, many of the methods employed by the Cartoon All-Stars seem antiquated at best and potentially harmful at worst.

In fact, critics have accused the campaign of having an effect worse than what it attempted to prevent. The greater War on Drugs, of which these elements were a part, led to increased criminal penalties for drug-related offenses which led to a significant increase in the American prison population; the crackdown on drugs disproportionately affected minority groups.

Until next time, catch you on the strange side! 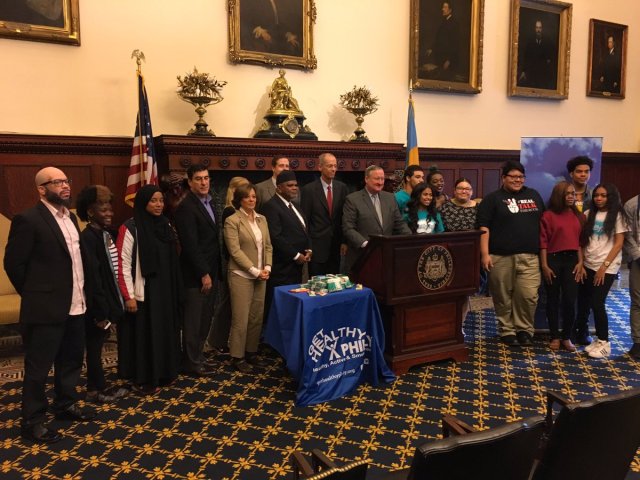 The students in the Karabots Junior Fellows Program did not have their weekly meeting today; however, that didn’t stop some of the Fellows from being active in the public health community. Two of our Fellows–Hanaa and Sheila–joined Jacqui Bowman and Kevin Impellizeri as they took a trip to City Hall to attend a press conference on limiting teen’s exposure to tobacco. During the press conference, Philadelphia Mayor Jim Kenney and City Health Commissioner Thomas Farley announced the city’s new plan to limit tobacco retailers’ presence near schools and impose tougher penalties on retailers who sell tobacco products to children and teens, including suspending the tobacco licenses of repeat offenders. The goal of the program is to help create Philadelphia’s first smoke free generation. Afterwards, Hanaa and Sheila posed with the Mayor, public officials, and other Philly youth in attendance, taking their stand against tobacco. 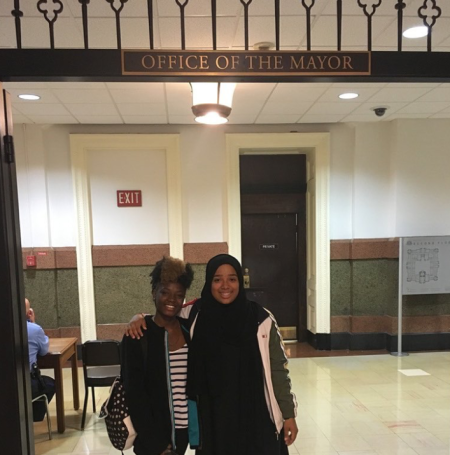 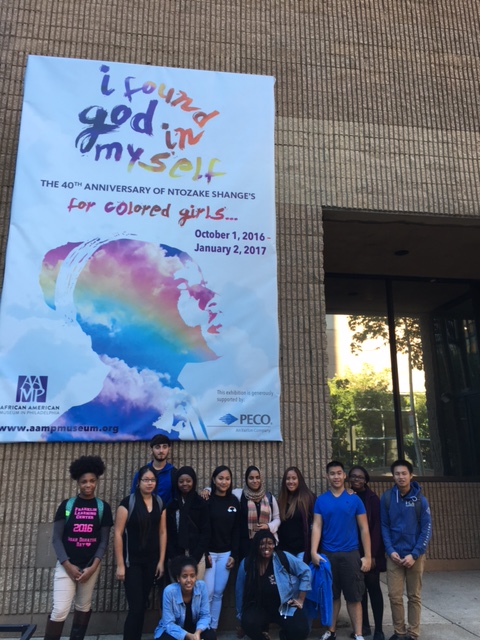 Their visit coincided with the opening of the Museum’s new exhibit: I Found God in Myself: The 40th Anniversary of Ntozake Shange’s For Colored Girls…. The exhibition celebrates the 40th anniversary of Ntozake Shange’s performance piece for colored girls who have considered suicide/when the rainbow is enuf; the play is a series of interconnected poems of the struggles of African American women told by seven African American characters identified with one of seven colors. To commemorate the anniversary, the exhibition displays 20 art pieces of varying media. 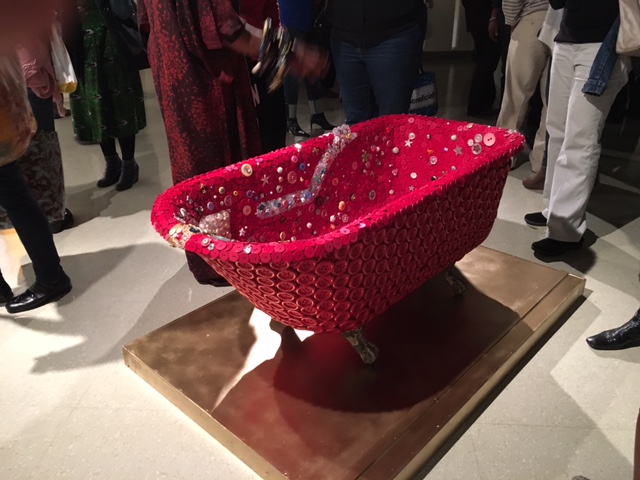 We encourage you to visit the African American Museum and experience the exhibit for yourself. I Found God in Myself runs through January 2, 2017. For more information, check out the Museum’s homepage.

This Sunday, October 9, from Noon-6PM, Out4STEM will be taking part in OutFest 2016. Organized by Philly Pride, OutFest celebrates the LGBT community with the city’s biggest LGBTQ+ event and the largest National Coming Out Day event in the world! Out4STEM is joining 152 other participating organizations in a massive block party, including live entertainment, games, and health screenings. If you happen to be in the Gayborhood, be sure to stop by our table to learn more about Out4STEM, Out@Mütter, and CEPI’s other programs. 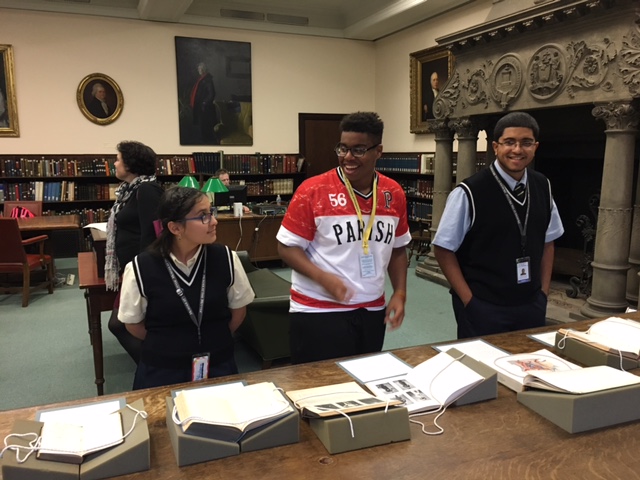 Last week, students in the Karabots Junior Fellows and Teva Pharmaceuticals Internship Programs tackled some controversial reading material. September 25-October 1 marked the celebration of Banned Books Week. Started in 1982, Banned Books Week raises awareness of books that have been challenged or outright banned in order to raise awareness of risks raised by censorship and encourage freedom of expression. Every year there are calls to restrict access to books held in bookstores and school and public libraries; the American Library Association (ALA) reports that since 1982 over 11,300 books have been challenged. Reasons for a challenge on a given book often stem from objections to content or subject matter, especially when it comes to access to minors. Some famous novels that have been challenged or banned include John Steinbeck’s  The Grapes of Wrath (for language and sexual references), Upton Sinclair’s The Jungle (for its political message), Ralph Ellison’s Invisible Man (for its depictions of race) and even Dr. Seuss’ Hop on Pop (for encouraging violence against fathers!).

In the spirit of the season, the Historical Medical Library of the College of Physicians of Philadelphia displayed an exhibit of challenged books from their collection. CEPI also contributed, selecting books for the exhibit on behalf of our three Youth Programs. Their selections were:

The students visited the Library and talked with Library Assistant Caitlin Angelone, who introduced them to the entries in the exhibit and discussed the reasons people attempt to restrict access to certain books. As they explored the exhibit, our students shared their thoughts on intellectual freedom and censorship, and our instructors encouraged them to read a banned or challenged book for themselves. 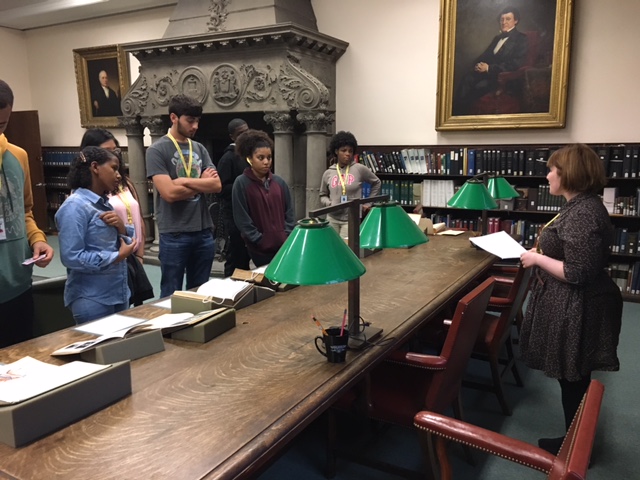 If you would like to learn more about challenged books, the American Library Association maintains a list of the most frequently challenged books. The official page of Banned Books Week has curated a a selection of challenged books from the Library of Congress’ exhibit: Books that Shaped America. Feel free to read over the lists to see which ones you’ve read or may add to your reading list.